RipeLocker containers are based on an innovative technology that extends the postharvest life of flowers by slowing down the aging process. For example, Peonies remained looking fresh after being stored in a RipeLocker container for five weeks. In addition, it provides the opportunity to ship flowers over the ocean, instead of using air freight. George Lobisser, CEO, explains how exactly they are able to achieve slowing down the aging of flowers and the impact this has on the floriculture industry and the environment.

The four stages of flower aging
As flowers are perishables, their quick aging process (senescence) is a challenge. Lobisser explains that there are four aspects that contribute to a flower’s aging. “The first thing that happens when a flower has been cut is that it continues to respire. The flower continues to consume oxygen and generate CO2. The quicker something breathes, the quicker it ages. The second thing is that the flower continues to transpire, so it dehydrates as it can no longer draw moisture from the ground. The third thing is that the flower produces volatiles as it ages, such as ethylene, which ultimately damage the perishable. The last important aspect is that decay pathogens increase while the flower ages.”

How to slow aging of flowers
By combatting these four aspects, RipeLocker is able to slow down the aging process of flowers. Lobisser: “In the container we pump out a lot of the air, so that there is very little oxygen left. Regularly, the atmosphere contains 1000 millibars of air, of which 21% is oxygen. In the RipeLocker container we are left with only a fraction of air, which means that there is only a negligible amount of oxygen in the vacuum. By doing this, we slow down the flower’s respiration, which in turn slows down its aging. In a vacuum you can get the oxygen levels really low to slow respiration without choking the flower (going anaerobic). The second important aspect of the RipeLocker container is the fast gas exchange in the vacuum. As the volatiles are built up inside the tissue, they can actually leave from the flower, meaning they don’t damage the perishable. In addition, the air inside the vacuum is fully saturated, so that there is no space for the flower’s moisture to go. As a result, the flower does not dehydrate. Finally, the low amount of oxygen also suppresses the decay pathogens. They remain on the flower but they cannot grow, which is thus achieved without the use of fungicides.” 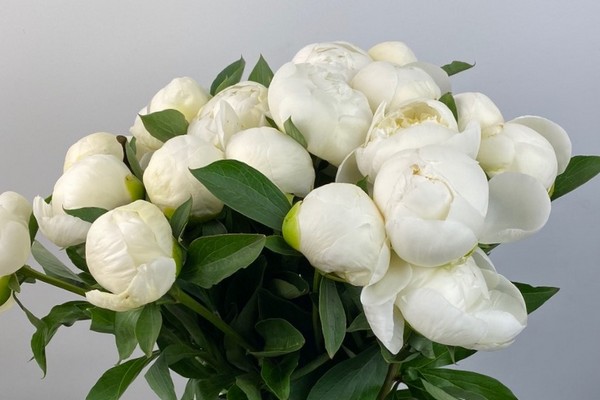 Peonies after being stored in a RipeLocker for five weeks 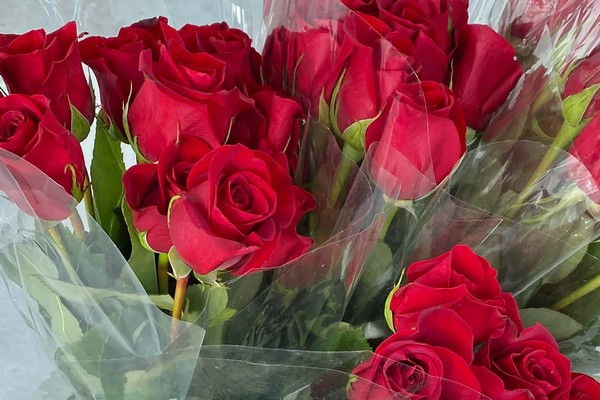