“Most successful season for Chilean cherries in China”

“Today Thursday, January 19, 3 days to the end of pre-Chinese New Year sales, we can say it has been a great season in China for Chilean cherries and the most successful in terms of the volume placed, rapid movement and attractive prices. Until week 3 in 2023, there are more than 55 million boxes 5 kg equivalent sold in China,” according to Isabel Quiroz founder of iQonsulting, who are agricultural market experts based in Chile. 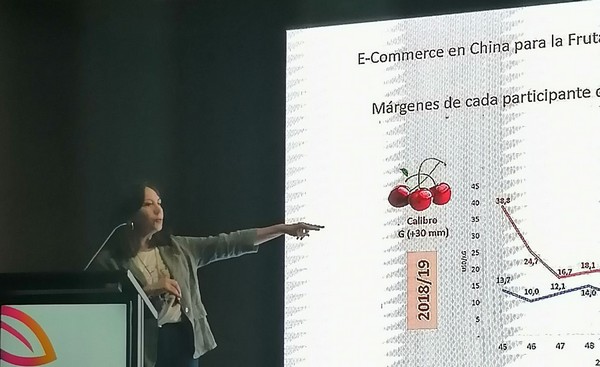 “Due to high sales activity in the markets, the sellers hope to clear their fruit this week. There will only be about 2.5 million boxes left that will arrive into China very close to the celebration and that will have to be sold after the Chinese New Year. Over this period, it is expected to move only about 20% of the total consigned to China this season, which is considered good.” In total Chile will export a record of 82 million boxes  (5 kg Equivalent) this season and about 90% of it placed in China.

Quiroz describes this highly successful season to the great work by Chilean growers, the industry body Asoex and it’s Cherry Committee, exporters and many Chinese partners in retail and wholesale. “The success of the season has its origin in the logistical preparation by Asoex, Fedefruta and Chilean authorities who worked in advance with the entire logistics chain to facilitate the cherries flow to all markets, especially China. For its part, the relaxation of Zero-Covid measures in China and the speed in the  work of Chinese customs have allowed an uninterrupted containers torrent. It has been a titanic job of great coordination and with a great response from the Chinese population for choosing cherries from Chile. This success was possible by the high quality cherries, provided by thousands of Chilean growers,” explains Quiroz.

iQonsulting noted that during the first week of the year (week 1) in Chilean cherry exports, average prices registered a slight increase of $1.29 kg compared to week 52 at Guangzhou Wholesale market. “Regarding the outstanding varieties of week 1, Kordia obtained the highest average price, achieving a value of $13.07 kg. Then there is Rainer and Regina with average values of $11.59 kg and $11.41 kg respectively.” 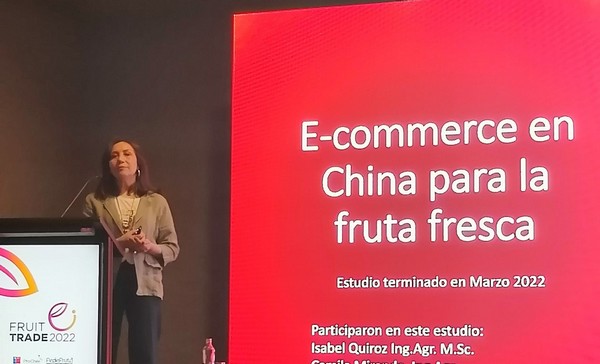 She says the first thing to recognise is that the Chilean cherry business in China is an extraordinary business that rarely occurs in the world. “It is extraordinary because it is a good example in which the fruit as such ceases to be fruit to become a symbol that lies in the imagination of the Chinese population related to perfection and prosperity. They were the ones who identified this round, red and shiny fruit as the symbol they were looking for to celebrate their New Year or spring festival. From this perspective, there is a natural demand, it is an ’object of desire’.

«But, it’s not enough to reach all cities in China. Marketing work has to start arousing the associated festivity feelings and then keep non-stop sales three weeks before celebration. The time to sell cherries for this celebration is very short, 70% is sold in three weeks only. The marketing job is also necessary to let them know and remind the consumers of the high quality of product.”

Quiroz founded iQonsulting 15 years ago with a dedication to studies on market and sustainability of the agricultural sector. They have three areas of work, market studies, publications to follow the fruit market worldwide and providing companies with advice.

“Our work is carried out with technical rigor in data processing and analysis, to contribute to the vision of the business in a comprehensive manner in order to help companies make better investment and marketing decisions. iQonsulting is member of CTCN network (Climate Technology Center & Network) and IFPA (International Fresh Produce  Association).

The cherry season in China will end during February. Most of it has already been done and we hope that the attractiveness of the cherries will continue until the last sale,” concludes Quiroz.