100,000 jobs in Peru’s table grape industry at risk due to riots

The Association of Table Grape Producers of Peru (Provid), as the representative union of table grape producing and exporting companies, stated that 100,000 jobs are at risk due to the ongoing riots and instability in the country. Although the latest statistics of week 1 shows a 2% increase in volumes compared to last year (from 43,845,918 last season to 44,882,916 this season), the ongoing political unrest in Peru can have a major negative effect on the rest of the export season. 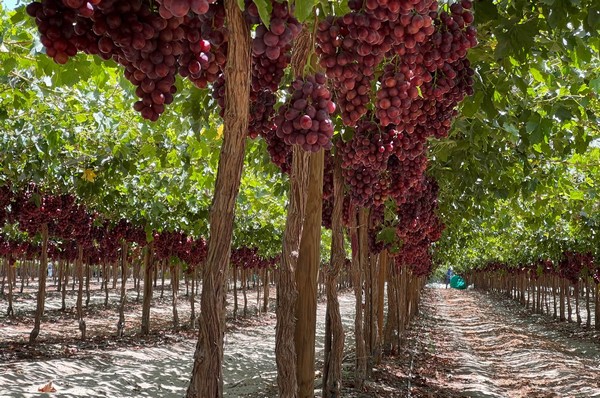 According to the statement release by Provid and comments from the industry body chairman Manuel Yzaga Dibós, “The Peruvian table grape industry employs more than one hundred thousand people directly and indirectly. Due to the events that have been affecting the peace of our country since 7 December 2022, these jobs are at risk of being lost.”

He refers to 7 December last year when Peru was thrown into fresh turmoil after the president Pedro Castillo was arrested and his supporters, mostly from rural areas in the South of the country, started widespread riots and demanded his release. His deputy Dina Boluarte, who was sworn in as president, quickly enforced several states of emergencies and curfews. While things were quieter over the Christmas and New Year’s period, riots flared up again and has been growing ever since. Over 50 people, mostly protestors have been shot and killed, with police amongst that number.

The Peruvian table grape industry has seen a stop start season due to the protestors blocking key roads, which prevents workers from reaching many farms and packhouses. Trucks transporting grapes and providing much needed supplies like packaging materials could also not reach farms and ports for exports as efficiently as needed for the cold chain sensitive product.

Provid further calls for Peruvian citizens to support democracy and, “the institutions of the country, for the Presidency of the Republic, which represents the legally elected authority after a legitimate presidential succession process, within the framework of what our constitution indicates.”

“We support the work, effort and commitment of the Peru National Police and the Armed Forces within the framework of the State of Emergency in force in our country, safeguarding the rule of law and social peace that the Peru, especially right now.  We make a firm call to maintain peace and respect, which we all deserve, and we demand that President Dina Boluarte restore the rule of law, and thus be able to overcome the difficult times the country is going through.”

Yzaga said Peru cannot lose its hard fought democracy, which cost so much effort to return to it, more than 20 years ago. “I get the impression that the people who are aggressively protesting and blocking roads are not aware of the damage they are doing, in the end they themselves are going to be harmed and I would not like it to come to that, every day that passes the fruit spoils and that means that there will be no money to be able to offer jobs to people and before that the payment chain will be broken. The consumption of local goods; Stationery, fuel, hotels have been paralyzed, so the economic chain has been broken, there are hotels that have stopped operating and that means that agriculture is going to stop operating at this rate, so the problem will be greater.”