The growth of investment in agri-food startups

« Is natural wax the coating solution for long lasting fruits?
The global agribusiness scenario is currently defined by several factors, including the growing world population and varying dietary patterns, the limitation on the use of fossil fuels to mitigate climate change, intense economic competition, the possible effects of climate change on food production and the whole food systems, and the effects of COVID-19 on food production and demand.

Framed by these issues, it is clear that there are challenges to produce more food, energy, and fibers more efficiently, conserving resources while at the same time polluting less. 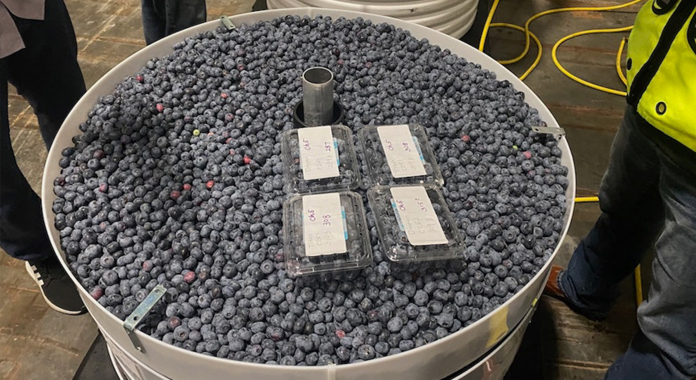 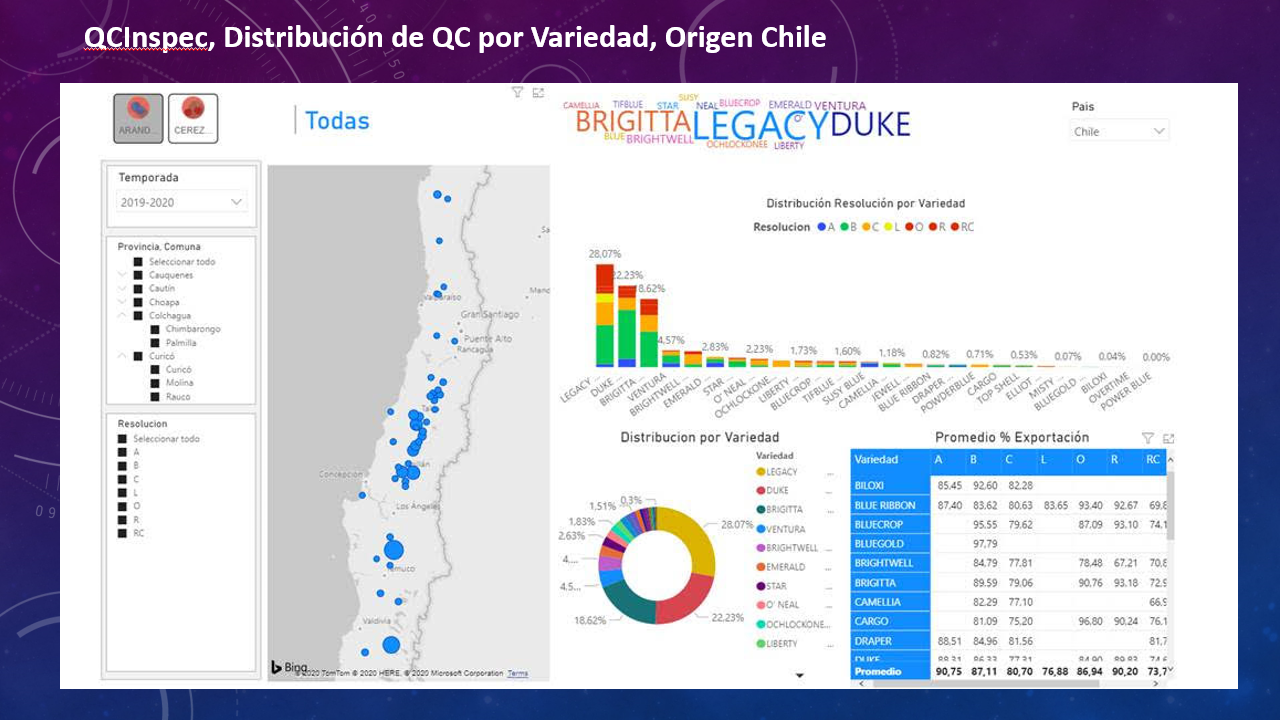 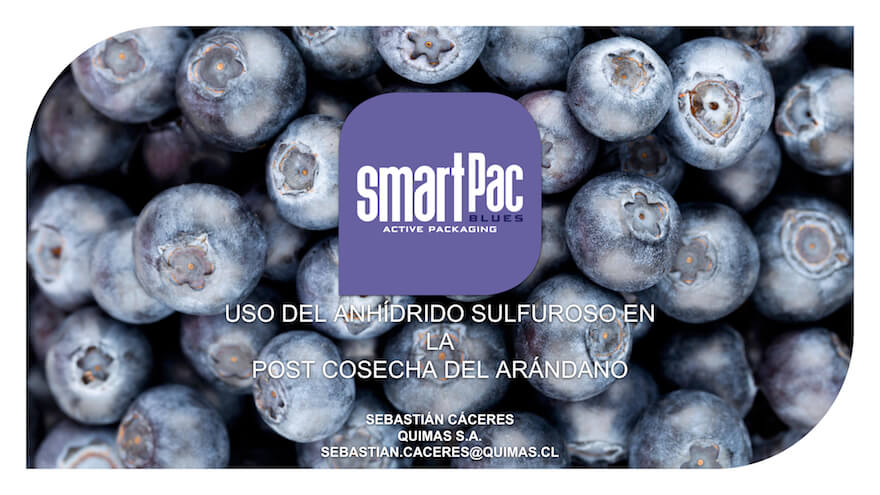 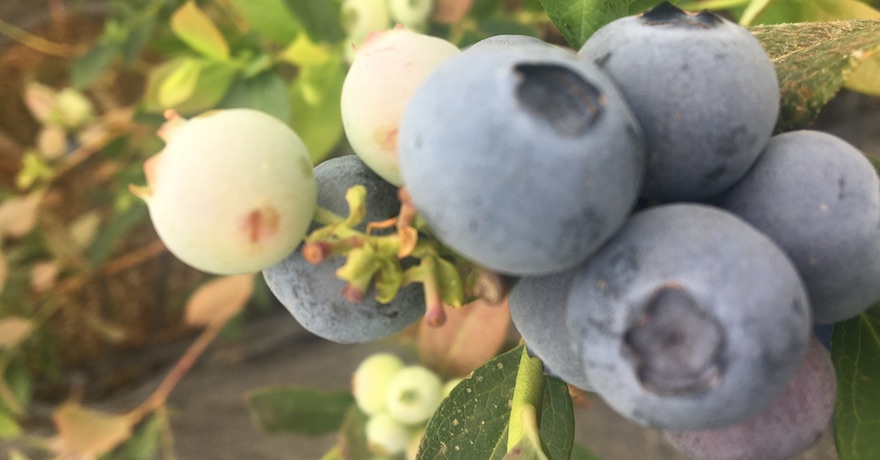 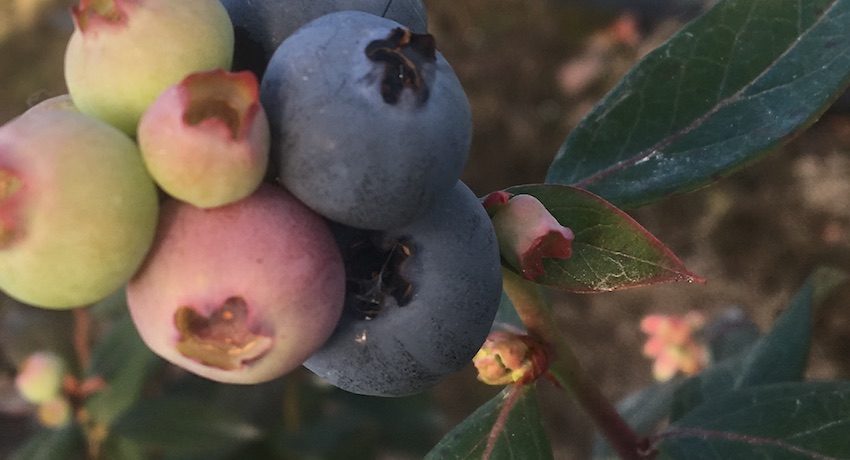 Characterization of Diaporthe australafricana and Diaporthe spp. Associated with Stem Canker of Blueberry in Chile

Stem canker and dieback are important factors that limit the longevity and reduce the yield of blueberry (Vaccinium spp.) in Chile. In this study, species of Diaporthe associated with blueberry were isolated and identified. The internal transcribed spacer (ITS) regions of ribosomal DNA of 30 isolates and the translation elongation factor 1-α (EF1-α) of 14 isolates were sequenced, analyzed, and compared with their morphological and pathological characteristics. The molecular analysis of ITS sequences by alignment with those of ex-type strains deposited in GenBank and morphological characteristics allowed the identification of Diaporthe ambigua, D. australafricana, D. neo- theicola, D. passiflorae, and Diaporthe sp. 1. However, morphology alone was insufficient to identify these species. The combined analysis of ITS and EF1-α gene sequences grouped the Chilean blueberry isolates in the same five groups obtained in the ITS analysis. Pathogenicity tests conducted with attached and detached blueberry shoots (<1 year old) and stems (1 to 2 years old) confirmed that isolates of these Diaporthe spp. were pathogenic. The symptoms were repro- ducible and consisted of necrotic reddish-brown cankers on blueberry shoots and stems. These isolates were capable of infecting blueberry fruit, causing a soft decay, suggesting that they were tissue nonspecific and were also pathogenic on shoots of apple, grapevine, and pear. D. australafricana was the most frequently isolated species and D. am- bigua, D. australafricana, and D. passiflorae were highly virulent in shoots, stems, and fruit of blueberry. This study showed that at least four species of Diaporthe are primary pathogens, capable of causing stem canker symptoms on blueberry, and this is the first report of D. ambigua, D. neotheicola, and D. passiflorae attacking this host. 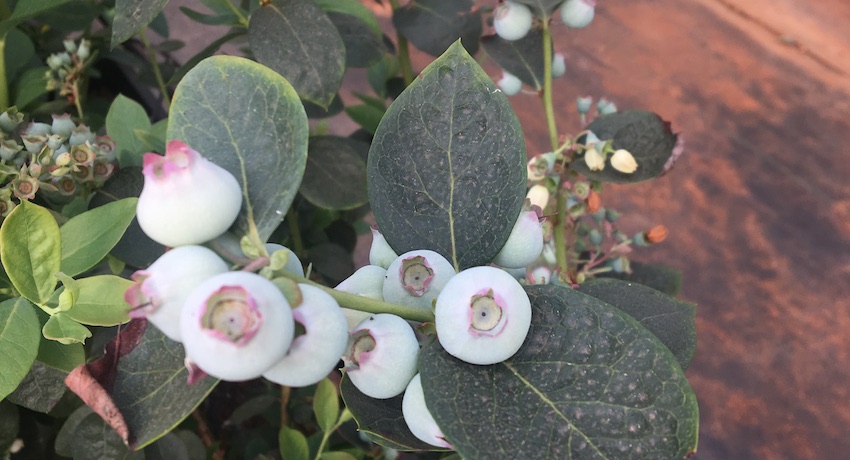 Stem cankers of blueberry (Vaccinium corymbosum L.) have been observed on as much as 15% of the plants in plantations in central and southern Chile since 2006. Symptoms consisted of apical necrosis of the shoots and brown-to-reddish necrotic lesions on the stems 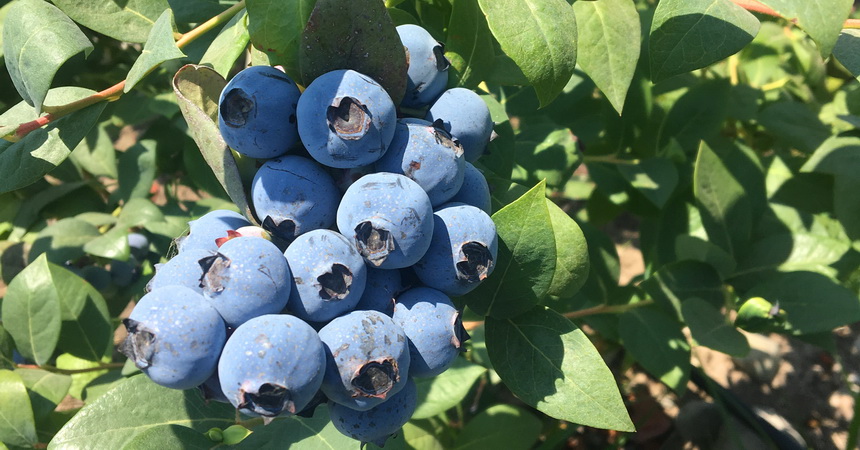 Canker and Twig Dieback of Blueberry Caused by Pestalotiopsis spp. and a Truncatella sp. in Chile

Blueberry (Vaccinium spp.) has great economic importance in Chile, which currently has about 8,500 ha being cultivated. Recently, the presence of canker and dieback symptoms has been observed along the productive blueberry zone of Chile. Species of Pestalotiopsis and Truncatella were consistently isolated from diseased samples in 22 different locations. Therefore, the objec- tive of this study was to identify and characterize the species of Pestalotiopsis and Truncatella associated with canker and twig dieback symptoms on blueberry. Forty-nine isolates were ob- tained on acidified potato dextrose agar in 2006 and 2007. These isolates were identified as Pestalotiopsis clavispora, P. neglecta, and Truncatella (=Pestalotia) angustata on the basis of colony characteristics and conidial morphology. This identification was verified by internal tran- scribed spacer analysis of DNA. Isolates of P. clavispora, P. neglecta, and T. angustata were pathogenic on apple, kiwifruit, and blueberry fruit. Similarly, isolates of P. clavispora were pathogenic on detached blueberry twigs of cv. O’Neal. Additionally, three selected isolates of P. clavispora induced light-brown canker lesions, surrounded by a reddish halo, and shoot dieback after twig inoculations on 2-year-old twigs of blueberry cvs. O’Neal, Bluecrop, Brightwell, Brigitta, Duke, Elliot, and Misty. Among blueberry cultivars, Brightwell and O’Neal were the most susceptible and Bluecrop and Misty the least susceptible, while Elliot, Brigitta, and Duke were moderately susceptible to P. clavispora. These pathogens were isolated consistently from inoculated plants, confirming Koch’s postulates. P. clavispora was highly sensitive to fludioxonil and pyraclostrobin with a median effective concentration of 0.06 to 0.08 and 0.04 to 0.8 μg/ml, respectively. Therefore, the results of this study indicate that P. clavispora, P. neglecta, and T. angustata are primary pathogens that can cause canker lesions and dieback symptoms on blue- berry not previously described in Chile. However, these results do not exclude that other species of these genera or other plant-pathogenic fungi (e.g., Botryosphaeria, Pestalotia, and Phomopsis spp.) may eventually be involved in this syndrome of blueberry. 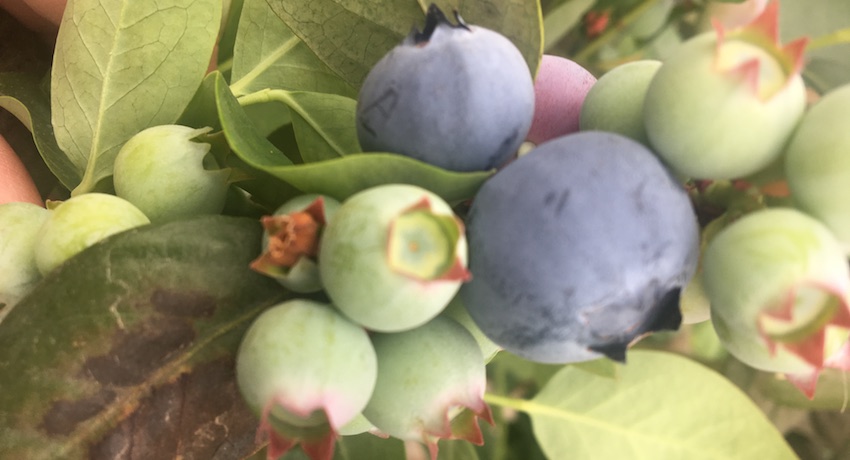 Neofusicoccum spp. Associated with Stem Canker and Dieback of Blueberry in Chile

Blueberry (Vaccinium spp.) plantings have significantly increased in Chile during the last decade and, currently, over 10,700 ha are cultivated throughout the country. Among other diseases, stem canker and dieback has been frequently observed in commercial plantations with incidences between 15 and 45%. The aim of this study was to identify and characterize Neofusicoccum spp. causing stem canker and dieback of blueberry in Chile. Three species, N. arbuti, N. australe, and N. parvum, were identified based on colony and conidia morphology, and nucleotide sequence analysis of the internal transcribed spacer (ITS) region (ITS1-5.8S-ITS2). These Neofusicoccum spp. were found alone or coexisting with Pestalotiopsis spp., Truncatella spp., or Phomopsis spp. Koch’s postulates showed all Neofusicoccum spp. isolated from infected plants to be pathogenic when inoculated on blueberry fruit and twigs using both mycelia and conidia suspension. All blueberry cultivars tested, including, Brigitta, Bluecrop, Brightwell, Duke, Elliott, Misty, and O’Neal, were susceptible to Neofusicoccum spp. infection. Pathogenicity tests showed N. par- vum to be the most virulent species and Elliott to be the most susceptible cultivar. This report represents the first description of N. arbuti, N. australe, and N. parvum as canker-causing agents on blueberry in Chile.